10 Economists Everyone Should Know About

Economics. Typical reactions range from blank stares to annoyed grumbles. It never has been sexy or hip, even if sexy or hip wouldn’t really exist without it. Since Fan Li wrote the “Golden Rules for Business” in 517 BC, people have been studying, writing about, and arguing economics nearly continuously. All of this studying,writing, and arguing may never be sexy, but it effects everyone of us for every conscious moment we spend on this planet. That being the case, it may be good to spend some time examining what has been said and argued over. In the interest of a more formidably educated populace, here are 10 Economists Everyone Should Know, but you may not hear about in Econ 101. 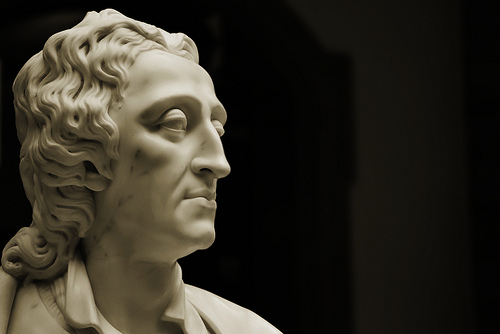 One of the most influential minds of The British Enlightenment, John Locke was born to Puritan parents in Bristol, England. Referred to as the “Father of Classical Liberalism,” Locke was the original zero sum-social contract opponent. He grew to prominence by successfully refuting the socialists of his time. Locke believed that ownership of property is created through the application of labor. Promoting ideas like “self ownership” and “private property” in the 17th century was a decidedly radical path to stake out, and while he may have missed the mark in some respects (see: The Lockean Proviso), it is safe to consider Locke’s work to be essential to free markets and free people everywhere. A fact made obvious by Karl Marx’s virulent criticism of Locke and his theories.