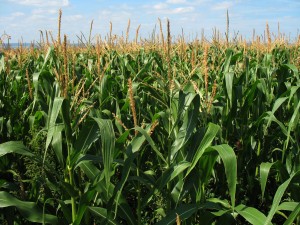 What the Left believes: Subsidization is a viable way to encourage desired economic activity. Alternative energies, organic foods, and anything that is good for people should be subsidized.

The Truth is: The subsidization of a product’s or service’s cost by the government is a way to encourage certain activity. However, subsidies have adverse effects. Corn subsidies for example, just one of the many farm subsidies the US government dolls out every year, floods Mexican markets with artificially cheap corn which Mexican farmers cannot compete with. Because US taxpayers are actually paying for part of that corn, the market price is so low it drives Mexican farmers out of business, leading to higher unemployment among Mexican agrarian workers, who then immigrate to the US.

Corn is just one example. But subsidies always end up effecting the market in unintended ways. Mandates, interest rate controls, tax breaks, and loan guarantees are other ways government can subsidize a product or service. Government mandated mortgages were a major cause of the housing market collapse, for example.

When the government subsidizes something it creates artificial demand for a product or service. That artificial demand sends false signals to the market, leading to wasted resources. Here’s a fun video that demonstrates this principle.