Subsidies are the Steroids of Business

When the use of steroids and performance enhancing supplements became widespread in Major League Baseball, fans were in outraged. If some players had an unfair advantage over others, it sullied the entire sport. Americans who followed baseball felt cheated and duped. Congress even got involved, citing The Federally Controlled Substances Act and anti-trust exemptions held by the league as justification. The entire country seemed to share the opinion that players which sought to gain an advantage through supplementation were cheating, and in doing so they had perverted the entire sport and altered the flow of many revenue streams tied to it. Players who had cheated, along with their teams were rewarded for their deceit with championships, endorsement contracts, bonuses, and merchandise sales. It wasn’t merely a game that had been defiled, but the concept of fair competition which Americans revere so much.

The American competitive spirit is evident in most facets of life in the United States. From the spelling bees and pageants for the young, up to politics and business for adults. Americans value honest competition. It is the basis of economic freedom and the catalyst of innovation. Competition drives companies to perform better and more efficiently while striving to meet consumer demands. America, a nation forged out of revolution, has a long held affinity for the man who competes; against powers greater than him, against the elements of nature, and against others vying for the same ends. May the best man win is a common axiom which demonstrates the nobility of competition. It is through competition which the best may rise to the top. 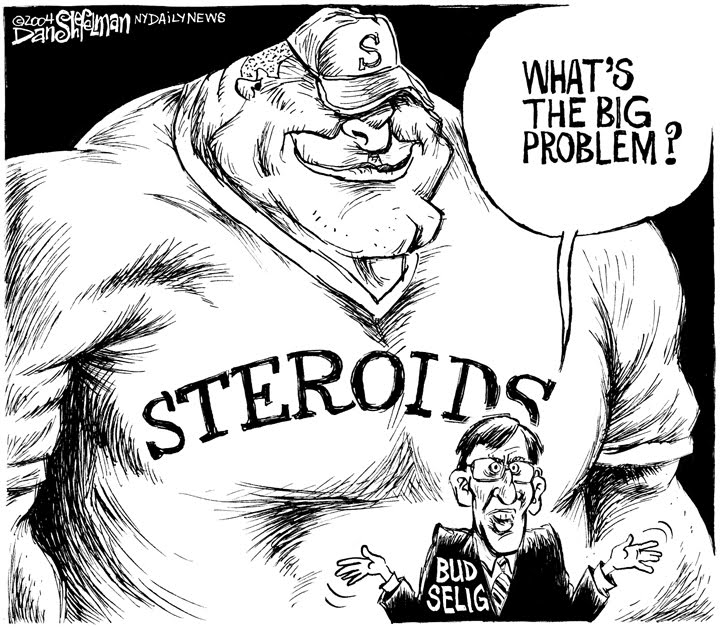 Yet while many Americans recognize how performance enhancing substances pervert honest competition in sport, they fail to see the economic equivalent in government subsidies. Subsidies are the steroids of business. While most companies have to worry about making profits, companies receiving subsidies from the government are propped-up regardless of how the company is run or whether it is making anything of value to consumers. Too often voters are eager to support subsidies given to their pet causes. On the left, green energy is heavily subsidized, on the right, agriculture subsidies keep farmers happy enough to keep voting Republican. In both instances, honest competition is being stifled and unfair advantage given to those the government decides to prop-up.

If we truly want alternative energy to become a viable market alternative, we need to stop subsidizing it. Subsidies give a select few companies (usually government cronies who contribute to campaigns) the unfair advantage in that industry. Meaning companies who aren’t getting subsidized will not try to develop green technology, because they’d never be able to compete with the subsidized companies, for whom loss is not an issue. By eliminating subsidies, the playing field would be leveled and more companies would enter into the green energy market, knowing the competition was based on merit, not who had more friends in government.

Subsidies may seem like a good idea to some, depending how what they’re used for. Likewise, some Yankees fans probably wouldn’t mind steroids being used if their club was allowed to use them and the Redsox weren’t. Advocating an unfair advantage for something because you personally want it to succeed may seem smart, but you’re still injecting steroids into the competition, and in doing so you are perverting its purpose and results.