It’s easy to become disheartened when one realizes how many Americans don’t have homes or enough to eat. Despite plenty of charities and government programs being aimed at the problem, it continues. Poverty withstands our best efforts to address it. What if we are focusing too much on the symptom and not enough on the cause?

Feeding those in needs and providing shelter for those who have nowhere warm to lay their heads is, of course, of first priority. But addressing those affected by poverty without considering policies which diminish economic opportunity and raise the cost of living is failing to see the problem as a whole.

Too often, well-meaning individuals or groups call for more government programs, more government spending, and more government regulation without considering the aggregate effects of such policies. When the government spends money it is money which has been removed from the private sector. When money is removed from the private sector it no longer generates a return, when money spent doesn’t generate a return it hinders economic growth. Money that would otherwise go to new jobs and developing new, more efficient products, will be gobbled up by the indebted, bureaucratic mess that is government. Spending increases also further indebt us at a time we should be cutting spending. As our debt increases the Federal Reserve increases our monetary supply, resulting in a falling dollar and a rising cost of living.

Other policies, such as burdensome, excessive regulations, government mandates (like the Affordable Care Act), and minimum wage policies, make hiring too costly. When hiring is costly, business will hire less. Instead of worrying about whether Walmart’s wages can keep up with the cost of living, government should be acting to lower the cost of living by removing itself as a barrier to employment and embrace monetary reform. Domestic energy production can also provide badly needed jobs and lower operating costs for all businesses by increasing the supply of oil. 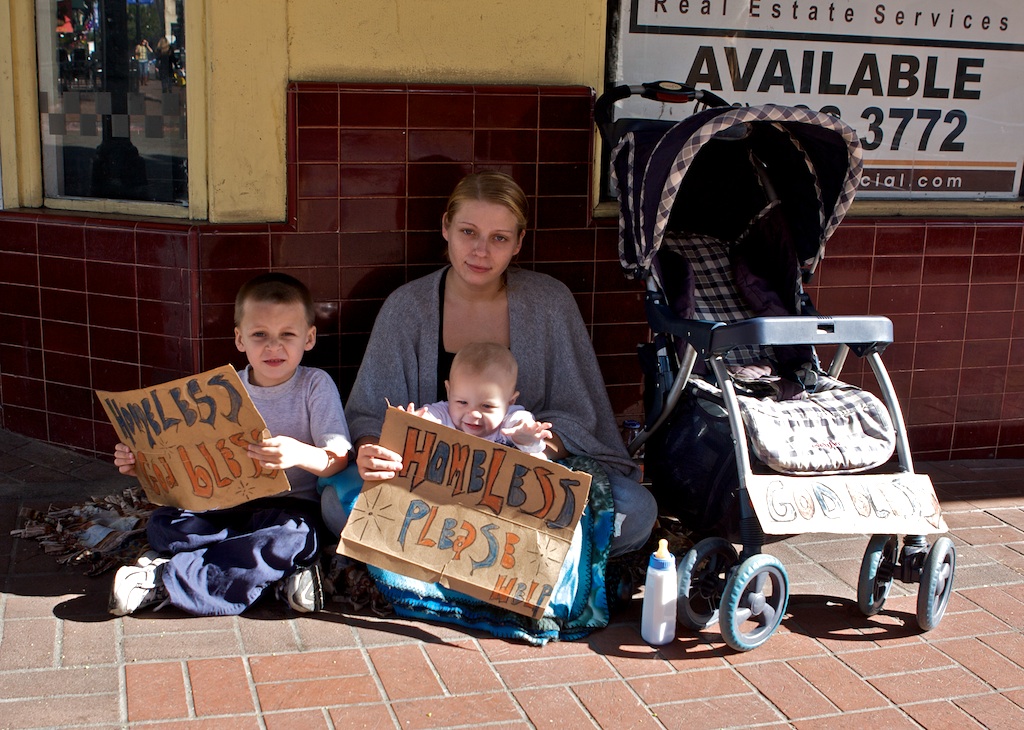 It should be no surprise that with an $18 trillion national debt and many states indebted over the heads that poverty exists so widespread. However, there is a disconnection between these facts and the problems voters concern themselves with. Erroneously, voters are more likely to blame a man with a yacht for the poverty of others than the government officials who are steering our economy off a cliff. Bureaucrats who cannot balance a budget and preside over horror stories of reckless, wasteful spending, are in the driver’s seat of our economy. Yet, often those concerned with social issues such as poverty elect the same drivers over and over again—the wrongful presumption being that an economy can be managed.

If we were to realize that the best way to address poverty is to allow more money to stay in the private sector by cutting government spending and lowering taxes, we would see this economy surge. As the economy grows, more jobs are created and thus more opportunity is available to people. For 70 years we have tried only the opposite: more government, more taxes, more regulation, and more bureaucracy. Yet homelessness rates have been stagnant, and poverty has risen. It obviously isn’t working.

We have to change the very way we look at poverty and at government. We need to demand not that the government take care of all of us, but that it does what it can to create a fertile economic environment. In many cases government can do so by simply getting out of the way.

Where commerce has flourished there civilization has increased. Today it is not the battle fleet, but the mercantile fleet which in the end will determine the destiny of nations.