The liberal blogosphere erupted in delight last month at a story that was first covered by Addicting Info. The story reports on 30 individuals arrested for food stamp fraud in New York. The piece is titled “30 People Arrested For Food Stamp Fraud; Guess How Many Were Black.”

The answer is none. None of the 30 individuals were black. Of course, the writer’s insinuation is that we would assume they were, in fact he claims it is common stereo type that people who are on and especially those who abuse food stamps are black. He wrote that conservative outlets wouldn’t be reporting this story, as if the right wing has a secret racist agenda. 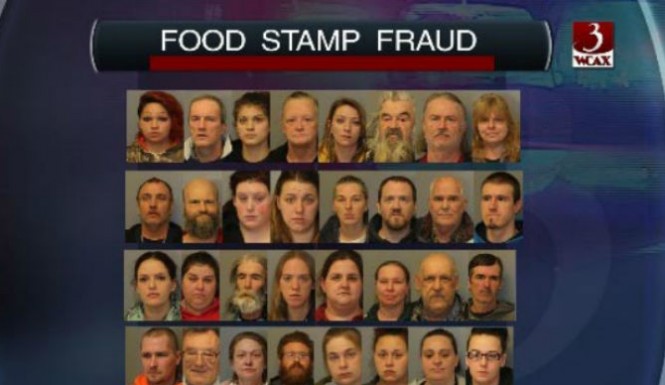 The author points out the majority of food stamp recipients are white, at around 40%, while blacks only make up 25%. Only no one circulated this supposedly shocking factoid bothered to consider that the US population is 72.4% white and only 12.6% black. That means that per capita, nearly 4 times as many blacks are on welfare than whites.

To conservatives truly concerned about fiscal responsibility and welfare reform, the races of the recipients do not matter. This story and its out of context analysis demonstrate the left’s continual attempts to bring race into matters and to baselessly imply the right is racist. The story was meant to be a “gotcha” to conservatives, but in the end it is only embarrassing for those who circulated it. It does not oppose a conservative narrative, it creates its own while using stats that undermine the very case those who crafted it were trying to make.

Now what would have been interesting is to have asked those 30 fraudsters what political party they belonged to….

Peace is a natural effect of trade.