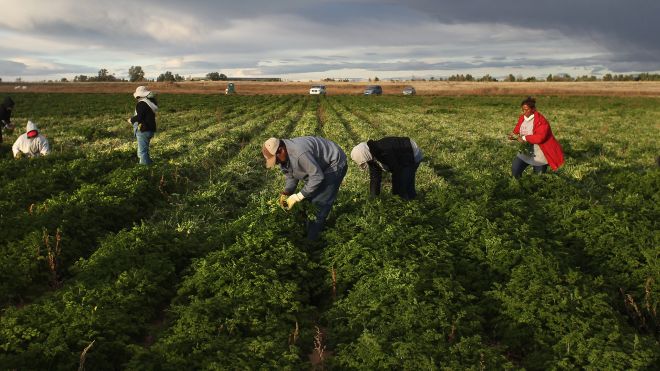 What the Right believes: Immigrants take away American jobs. Illegal immigrants suppress wages of American workers. Illegals suck up our social welfare dollars and are a drain on our economy.

The Truth is: Immigration is beneficial to the economy, and our economy is dependent on the labor of illegal immigrants. Due to their cheap labor, American manufacturers, tradesmen, and farmers, can take advantage of this, which creates more production thus creating more jobs in the aggregate. As far as draining benefits, illegal immigrants have paid more into the system than they take out. In fact, illegal immigrants have propped up the under-funded Social Security system by injecting billions of dollars into the program which they will likely never be allowed to claim.