Is the federal minimum wage really “the third-lowest” of developed nations?

Congressman David Cicilline (D-RI) has been a vocal proponent of raising the minimum wage. He claims the US’s federal minimum wage is “the third-lowest minimum wage of the countries in the OECD.” At first look, he appears correct, but there is more to it.

When adjusting for purchasing power parity, the United States federal minimum wage is actually in the top 10 OECD nations. How much a person is paid in but only one factor, how much purchasing power their pay has is another.

This sets aside the numerous arguments that show minimum wage is harmful and actually locks low-skill workers out of employment markets. Moreover, mandated rate increases mean more overhead, which inevitably means higher prices. You cannot mandate prosperity, it has to be created from the actual production of value.

But as liberals continue to add to the cost of living through taxes, regulations, and inflation, they will continue to demand that private enterprise pick up the slack. Minimum wage proponents say that taxpayers subsidize wages for companies like Wal-Mart, because so many of their workers are on government assistance. But the government continues to enact policies that make life more expensive, so if you really think about it, it is the government asking companies like Wal-Mart to subsidize their failed economic policies through higher wages. And we all should know by now that government is never satiated, once it has had a taste it will come back for more and more.

The good people at We Are Capitalists put together this chart and image depicting the misleading nature of Congressman Cicilline’s remarks. How do you tell when a politician is lying again? If their lips are moving… 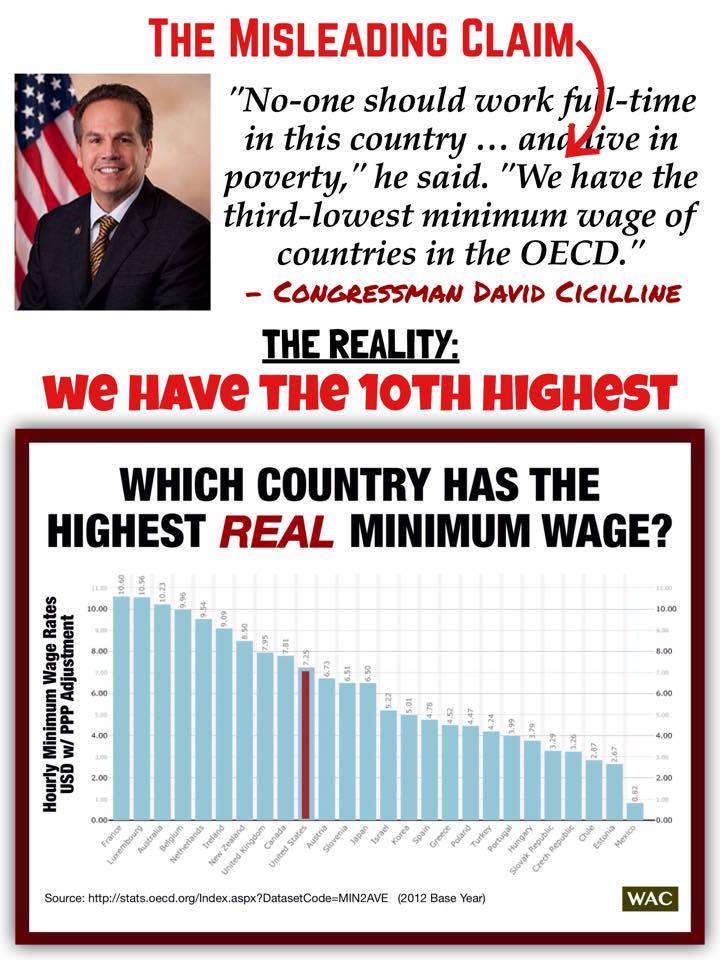