The Rise of Uncivil Discourse

I was amidst pouring the sum of my knowledge on government taxation and the effect that it has on income disparity into an online argument when I realized it was pointless. In this instance, the other person I was debating with didn’t even have the necessary foreknowledge required for either of us to have meaningful exchange—not that that stopped him. Failing the ability to transplant all of my knowledge into his head, the arguments I would make would be lost, as he would not have the prerequisite knowledge needed to understand them.

I had been having more of these debates and I wondered why so many were eager to wade into territories so clearly over their heads. Logic is often dispensed, and emotion used as a guide, for people who feel the need to partake in political discourse without fully educating themselves on the issues at hand beforehand. So these contests were not only becoming more frequent, they were often irrational. If someone believes evil spirits have possessed their car, an explanation of how fuel pumps work is pointless. I then realized why this was becoming seemingly more common: election season. 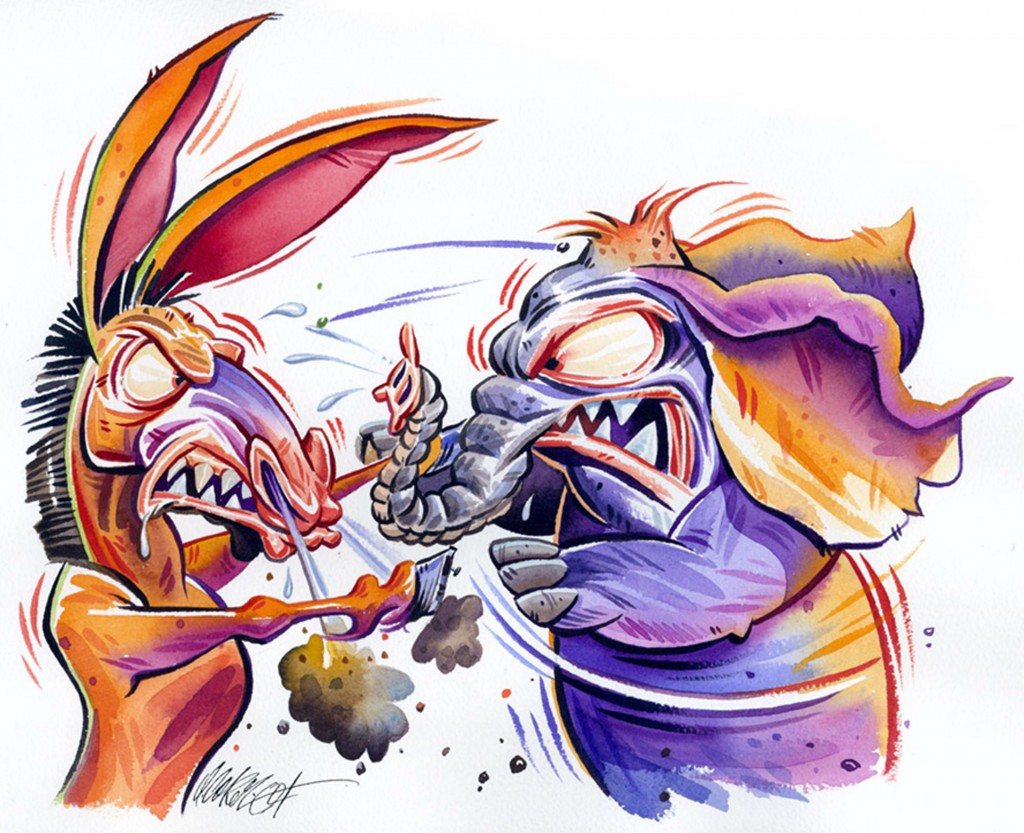 Election season stirs contempt in the hearts of the uninformed, and in writing, debating, or campaigning, brings out hacks of the professions to try and cover the absurd with a fresh coat of legitimacy. It is the masses who feel empowered in their ignorance, who never attempt a sound understanding of economics, politics, or policy, who are the foot soldiers of the leeches who use ignorance and emotional resonance to seize power for themselves. Yet the uninformed cry for more money, more aid, and more action from the power wielding to improve their lives, regardless of where or who it has to be taken from. Clueless as to the work and money of others that have given them the opportunities they do have, they lash out against any who enjoy even a marginally better life. They demand theft from those who produce to subsidize their sloth. Like a ravenous pack of wild animals, they can tear anyone in the public eye to shreds, charging success is immoral, but theft is not. They chain down and bludgeon the very people and the very mechanisms that build opportunity, then cry when there are no jobs. And when asked what is wrong with the world, what needs to change, these masses will always answer the same: they don’t have enough influence over the system, they don’t have enough power. Which really translates to: they don’t have enough power and influence over other people. Only by giving them, the uninformed and unsuccessful, control over the informed and productive can the problem be remedied. Such an action is like handing the keys to the car to a child in the midst of a temper tantrum. And in the aftermath of the inevitable wreck we strive to pick up the pieces, while those who were driving point the finger in blame. And so goes the circle.

There can be no reasoning with those who denounce the use of reason, no debate with those who deal in fallacies, and no compromise with those who hold success as a vice and pity as virtue. Elections may bring out these types in droves, who are normally happy to ignore anything that isn’t directly effecting their lives, to combat with vitriol those they deem need to be corrected. They seek to empower a class of looters to regulate and steal from that which they themselves could never do: the production of value.

Can democracy ever be civil and rational when the populace is neither when it comes to economics and policy? Let’s not hold our breaths.