If there is one thing government is good at it’s spending money. Next time vital services are cut during a shutdown, or government threatens to cut veteran benefits, we thought you could think back on some of these government expenses. When a politician tells you there is nowhere else to cut you will know they’re lying.

Every year the federal government spends more than $1.5 billion on upkeep for buildings it no longer needs. Unused and under-utilized federal buildings account are littered across the nation. In 2010, a Government Accounting Office report showed many buildings have been marked for demolition, yet still remained standing at tax payer expense. With such a high price tag, it would seem common sense to get rid of these buildings. But when has the federal government ever exercised common sense? 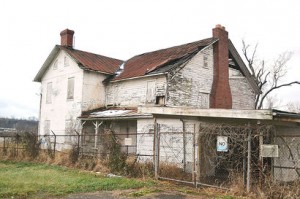 The former home of Judge in Newport, RI which is owned by the Federal Government