Auto repair can be costly. In times like these, where many Americans are feeling the pinch of the economy, having something break on your car can be devastating. Garages charge nearly $100 an hour in labor in addition to the markup on parts. Even a simple job can leave an unwanted dent in your already narrow wallet.

It was such a dilemma that forced me to seek out alternatives to fix my car. Being freshly out of college and nearly broke, having car troubles was inconvenient to say the least. Throughout college I had depended on some of my friends who had enough knowledge to bail me out when I needed my brakes done or a belt replaced. Now my car needed serious work. I found out that there were plenty of out of work mechanics who were eager to take business from garages by fixing cars in their driveways for less than half the cost. I was elated; I could help someone out and get my car fixed at a great savings. However, as I found out, many people viewed these out of work mechanics as pariahs.

The accusation makes sense: mechanics willing to do work out of the driveways are taking work from honest, insured, hardworking mechanics who own or work at legitimate garages. Many allege that it is unsafe to have someone do the work who isn’t employed by a legitimate garage, and that by paying someone to fix your car independently is taking food from the mouths of honest workers.

Here’s why they’re wrong: It is up to the vehicle owner whether they want to pay an out of work mechanic $50 for a brake job or a working mechanic $150. Many garages have scammed people or performed shoddy, unsafe work. It is up to the individual employing the mechanics to decide, using their best judgment, whether an individual or a garage is competent and honest.

The great French economist Frederik Bastiat satirically wrote The Candlestick Maker’s Petition to mock protectionist tariffs. In it he proposed blocking all windows in France in order to shut out the sun because it was unfairly competing with the candlestick making industry. The sun was costing the candlestick maker money, it was only fair that the government do something to protect their jobs. The point of this satire remains true to this day, jobs exist because they provide a marketable service. If people start seeking out other alternatives you have two options: lower your prices or innovate. Garages that are losing business to out of work mechanics only have themselves to blame. Maybe if they drop their labor rates they’d make up for any loss with increased business. Instead they suffer, raise their rates, and watch more of their customers get their work done from their own laid-off mechanics. 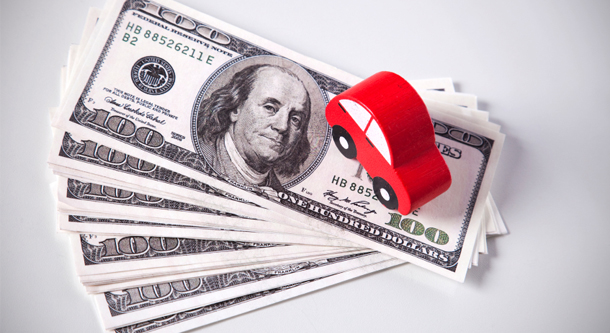 Is the driveway mechanic a pariah? In my eyes they’re heroes. They are not only making good of their skillset despite hard times to earn an honest living, they are also providing countless people who are down on their luck or living paycheck to paycheck a way to keep their baby wagons, their work trucks, and their grocery getters on the road. They’re the black market angels of motor vehicles. So the next time you need some work done on your car and your short on cash, check out some online automotive discussion groups on your favorite social media site and find an out of work mechanic. Give someone who needs it the work and get yourself a deal. After all, out of work mechanics need the money just as bad, if not more, than those who are getting paychecks.

There is only one antidote to racism: the philosophy of individualism and its politico-economic corollary, laissez-faire capitalism.