Do Sanctions Cause War or Deter It?

At the beginning of the Cold War, George Kennan introduced the idea of “containing” an unfriendly state as part of  his work on U.S. policy toward the Soviet Union. Later the idea of containment was implemented in part through the use of economic sanctions. It was based on two assumptions: For both ideological and geopolitical reasons, the United States and the Soviet Union would always be adversaries. And that the United States would not try to eliminate the communist regime by force because of the unacceptable costs of war in the nuclear age. Sanctions were an alternative strategy to block political expansion, undermine the Soviet economy, and prevent military aggression until the Soviet regime collapsed from its own defects in 1991.

Because of the success of sanctions in dealing with the Soviet Union, the United States adapted it for a host of other threats, including China, North Korea, Cuba, Libya, Iraq, Nicaragua, Angola, Ethiopia, and Afghanistan. It has become the default policy whenever normal diplomatic relations are impossible. It is useful because it is highly flexible. Washington has pursued aggressive versions, as in Iraq between 1991 and 2003, and passive versions, as in Afghanistan between 1989 and 2001.

With Iran, Washington’s use of sanctions has been erratic, ranging from passive isolation to highly confrontational. The core elements of U.S. sanctions against Iran have remained largely unchanged, although the intensity has varied markedly. This is in part due to the ever changing nature of Washington’s political makeup.

So far, sanctions have been successful in avoiding a major war and preventing Iran from becoming economically or militarily powerful. These have especially focused on preventing or dissuading Iran from acquiring ballistic missiles or weapons of mass destruction, particularly nuclear weapons. The Bush and the Obama administration tried a “carrot and stick” approach to convince Iran to halt its nuclear program. In both instances, Washington and its allies offered Tehran economic and diplomatic incentives to halt the program, while threatening more stringent sanctions if it refused.

Although the goal of the sanctions to prevent Iran from increasing its military might with weapons of mass destruction has not been fully reached, we can still see an overwhelmingly positive result. Both Bush and Obama expected the sanctions to deepen the policy debate in Tehran. They hoped that pragmatists willing to accept restrictions on Iran’s nuclear program in return for concessions would prevail over hardliners unwilling to give up the nuclear program at all. This gambit also calculated that a victory by pragmatists might lead to them taking charge, and in turn new openings for rapprochement.

Many fear that Iran’s eventual acquisition of nuclear capabilities could fatally compromise the policy of sanctions. It could eliminate the ultimate deterrent of an American conventional military attack as a restraint on aggressive Iranian efforts to destabilize the Middle East.

Others believe that making sanctions work is more important than ever in stopping Iran achieving a nuclear capability because, while still exercising great pressure on Tehran, it makes American invasion of Iran unnecessary. The sanctions also help to prevent potentially worrisome interactions between Iran and Israel, which might engage in unconventional warfare against each other that would likely provoke dangerous nuclear stand-offs between Jerusalem and Tehran.

Since the 1979 revolution, sanctions have been the default policy of the United States toward Iran. It has never been a policy eagerly embraced by any U.S. administration.

Sanctions have had some successes. They have been effective in partially isolating Iran and strangling it financially. They have hamstrung Tehran’s efforts to develop a capable military. They have limited Iran’s ability to play an influential role in the geopolitics of southwest Asia. And they have constrained Iran’s economic growth, bringing it to a financial collapse. 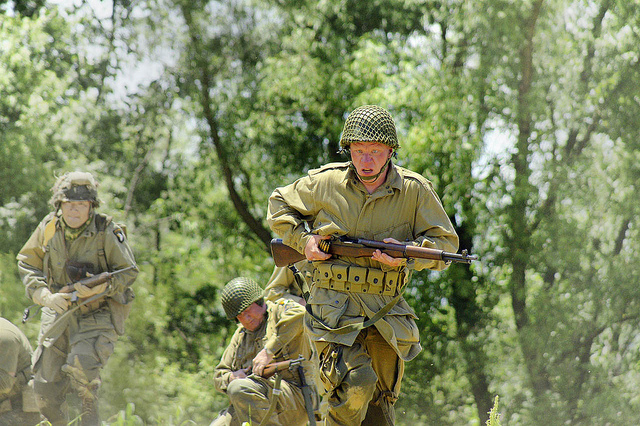 But sanctions have also had limits. They have not prevented Iran from supporting a wide range of violent extremist groups. Tehran has continued to develop an arsenal of ballistic missiles and a nuclear enrichment program. And the Islamic Republic has stoked the instability in several Middle Eastern countries.

Our only hope is for the ayatollahs’ regime to collapse or evolve into something quite different, because the only alternative may be for the United States to wage a third major war in the Middle East. In view of this, sanctions are likely to remain the cornerstone of U.S. policy on Iran for some time.

When the United States first threatened Russia with sanctions in April of last year, Iranian officials reportedly cautioned the Kremlin against ignoring the American warnings. Having experienced the effect of such restrictions on their own country, the Iranians apparently advised Russia not to underestimate the possible impact.

There are some obvious similarities between Iran and Russia: Oil is an important source of revenue for both countries, and they behaved similarly confident when the danger of tougher sanctions loomed. In 2009, Iranian President Mahmoud Ahmadinejad called U.S. sanctions “childish;” Russian President Vladimir Putin criticized the United States earlier this year, saying that sanctions would be “harmful to the national long-term strategic interests of the American state, the American people.”

When international pressure on Iran increased in 2009, the country could already look back at decades of experience with U.S. sanctions that had been imposed after the seizure of the American Embassy in Tehran in 1979. There was a sense of overconfidence. But the Iranians had underestimated the power of concerted international sanctions. While OPEC’s oil production got back on track after the 2008 crisis, Iran’s exports and revenue declined. Sanctions took about half of Iran’s oil exports offline and cut off Iranian banks from the rest of the world.

The shock waves were massive: Iran’s economy contracted in 2012 and 2013, with the inflation rate topping 40 percent. Consequently, political debates began to emerge that led to the current negotiations on Iran’s disputed nuclear program, though their outcome is still uncertain.

Could the same strategy work on Russia? Will the sanctions against Russia force it to change its behavior, curb its revanchism, and bring peace and stability to Ukraine and the whole post-Soviet space?

The sanctions against Russia have already had an impact in the short term and will continue to do so. First, they made Russia seriously factor in possible Western responses to its actions in Ukraine, which seems not to have been the case prior to the annexation of Crimea. The sanctions, in other words, constrained Russia, as they deterred the Kremlin from seizing even bigger chunks of territory. The sanctions are at least in part responsible for the separatist areas of eastern Ukraine forming only a tiny part of what is called by nationalist elements of the Russian public Novorossia. The coastal city of Mariupol was not seized by Russia, when it easily could have been. There has been no attempt by Russian forces to forge a corridor bridging mainland Russia to Crimea, let alone the territories farther west, such as Odessa and Transnistria.

Even if the sanctions do not help the US with its policy on Crimea, they do minimise the risk that Russia will seek to openly destabilise other parts of Ukraine or perhaps, Moldova and Georgia. At a global level, sanctions also signalled to other actors that unilateral military ventures will come at a cost.

Equally important is that sanctions shattered Putin’s ‘contract’ with the Russian people: namely, improving collective prosperity in exchange for accepting authoritarianism and the siphoning off of Russia’s riches by elites. The restrictive measures, combined with the other factors now hitting the country’s economy, are forcing Putin to tentatively replace this model with nationalism and anti-Westernism.

Whereas military actions can have short term consequences, economic sanctions are designed to make an impact in the medium to long term. In this current crisis, Russia has acted like a sprinter, and the West, a long-distance runner: the sanctions are about turning the confrontation over Ukraine from an unwinnable dash into a winnable marathon.

Another important factor is that sanctions can be preventive. Western sanctions on Russia are designed to curb further Russian aggression in Ukraine or in other post-Soviet states in the future. Perhaps the non-escalation of the conflict across Ukraine or its non-extension to places such as Moldova, can be considered the greatest achievement of the restrictive measures. It is important to consider, in today’s nuclear world there’s no viable alternative to economic sanctions against warmongering dictators, except an all out war or humiliating appeasement and retreat.

The common man is the sovereign consumer whose buying or abstention from buying ultimately determines what should be produced and in what quantity and quality.