Europe Was Created By History, America By Philosophy 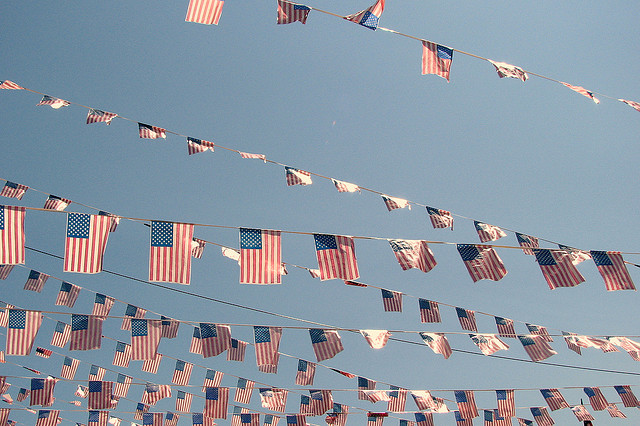 Margaret Thatcher once famously said: “Europe was created by history. America was created by philosophy.” Her friend and political ally Ronald Reagan also explained the main difference that divides both sides of the Atlantic with the following phrase: “Let the Fourth of July always be a reminder that here in this land, for the first time, it was decided that man is born with certain God-given rights; that government is only a convenience created and managed by the people, with no powers of its own except those voluntarily granted to it by the people. We sometimes forget that great truth, and we never should.”

America’s difference from Europe stands out for two reasons. First, Americans lack a common ethnic or linguistic heritage and therefore tend to construct a national identity based on their common philosophy and shared values. Second, America was deliber­ately founded as a nation unlike any other. Unlike great powers that adopted exceptionalist visions to justify their acquisition and maintenance of empires, the United States celebrated its unique virtues long before achieving world prominence. Early colonial settlers and the Founding Fathers who declared independence from Great Britain saw America occupying a separate moral category from the rest of the world. American institutions were held to be unique, and America’s relations with the world were to reject the old principles and practices of international politics.

America is unique because, unlike the Old World, it was a country founded not by conquest or royal inheritance but by a set of ideas discussed around the table. Belief in America’s uniqueness is deeply rooted in US history. The colonists found a virgin land that could be shaped in accordance with their ideals. They justified their emigration from Europe in grandiose terms as well. The founders of the Massachusetts Bay Colony sharply differentiated America from the Old World, proclaiming that “this is the place where the Lord will create a new Heaven, and a new earth in new Churches, and a new Commonwealth together.” Massachusetts Bay Governor John Winthrop declared in 1630 that “wee shall be as a Citty upon a Hill, the eies of all people are uppon us.[sic]”

History amply justifies the view that much of the American experience has been unique and that America has done a great deal of good throughout the world. Therefore, it is absolutely necessary for America to step up and do what it has done before, whether willingly or reluctantly: accept responsibility for being the world power, one whose role is to defend the idea, as the founding documents say, that all men are born equal, with certain unalienable rights to “life, liberty and the pursuit of happiness”. As every American schoolchild is taught, those rights are to be regarded as universal and not simply the birthright of one nation. What would America be like if did not expect to be called upon to support and defend democracy and republican ideals? Would it still have become a haven – within its own borders – for the persecuted and the dispossessed? Would it still have become a land of economic opportunity for migrants?