But who will build the roads? No, seriously–they’re falling apart

America has a serious problem. It’s one that is addressed even less than our national debt. Yet if massive action isn’t taken soon, it could become a very serious public safety concern.

That issue is infrastructure. Collectively, the United States receives a D+ rating on all our bridges, roadways, dams, and critical infrastructure. Most states have lax inspections and some have none at all. Across the nation bridges are in disrepair, roadways are crumbling, and dams are weakening.

It’s a problem everyone should be able to agree upon. In fact you will have a hard time finding a member of Congress on either side of the aisle who doesn’t believe that infrastructure is critically important and direly in need of repair. So why hasn’t anything been done?

For decades special interests have sucked up the federal budget, leaving none for infrastructure. While spending has nearly doubled since 2006, the issue of infrastructure remains unaddressed. Both parties have their preferred spending, and no one wants to fund infrastructure until they find additional funds that aren’t already spoken for in the budget. 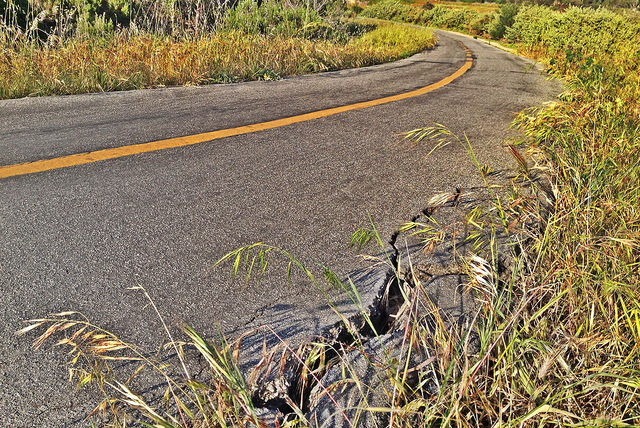 Some lawmakers think raising the federal gas tax is the answer. But then when gas prices go up at some point in the future, it could really hurt the economy and thus deter revenues.

The government is like a spoiled child with an excessive allowance and maxed-out credit cards. Giving it more money is not the answer. We must demand government use the revenue it already has to address our failing infrastructure. Maybe we can make cuts to corporate welfare or our bloated Pentagon budget.

Infrastructure is one of the basic duties of a government. Ours has grown so large it has lost sight of this most rudimentary of responsibilities. Libertarians like scoff at the importance of government infrastructure and the question that if not for government “who will build the roads?” Well, from where I sit at this point it is clearly government’s job, and they are failing at it miserably.