Since 1986, the cost of tuition at American colleges and universities has risen 498.41% — more than four times faster than the rate of inflation during that period (115.06%). The costs of obtaining a degree are escalating out of control and leaving many graduates with student loans which they are unable to repay.

Much of the blame for these cost increases goes to the third-party payer problem. Students receive education, but they often do not pay for it. Their cost is often borne by their parents or by the taxpayers. As such, students are not incentivized to care about the costs of their educations. Student loans don’t really help the situation, because the repayments begin so far into the future that students don’t feel as if the future debt affects them. Our students are living in a fantasy world where costs do not exist and education is “free”.

The obvious economic solution is to end student aid and let the free market solve the problem. However, the economic solution is not politically viable. Student aid is a very well-liked use of taxpayer funds. The goals of our student aid system is to make education more affordable. The results of our excessive student aid system is to raise tuition costs, thereby making education less affordable. Unfortunately, government programs are usually measured by their goals, not by their results. 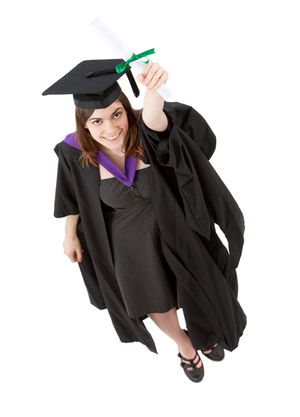 One way to achieve this is for states to sign reciprocal in-state tuition agreements. Most students go to school in their home states because they are able to pay significantly less for in-state tuition than they would pay to attend a school in another state. This massively reduces competition, because each school only had to compete with other schools in the same state. Worse, in many states the major schools are part of the same management system — which means they have no incentive to compete against themselves. If students were able to pay in-state tuition across state lines, this would increase the number of schools available to each prospective students and would force increased competition onto the schools. Unfortunately, reciprocal agreements for in-state tuition are difficult because each state subsidizes higher education at different rates.

The current trend of colleges and universities offering courses online offers a glimmer of hope for another economic solution to our political problem. Online education could, theoretically, make educational institutions across the globe available to our students. A student in Los Angeles could choose to attend a college in Idaho or a university in London. The schools would be forced to compete in a much more competitive market. Moreover, the relatively lower costs of online education mean that online costs are often lower than in-state costs. This solves the problem of created by state-subsidized education by leap-frogging it.

The best effect of online education, however, is that it will drive low-performance vendors from the market. When every state college is forced to compete with MIT, they will have to improve quality or they will find themselves lecturing to empty classrooms. This could be the greatest boon to our nations students since the invention of the pocket calculator.