Just what is Capitalism?

What is capitalism? According to many it is a system of exploit where the few and powerful will suck the rest of us dry. Or so the fascists, and communists, and all those who’d like to run your life would have you believe.

Capitalism is economic freedom. It is the absence of regulation between two or more willful participants engaging in economic exchange. It’s the ability to save your money and use it as you see fit, or to spend it frivolously because you want to. Capitalism allows you to pursue happiness, however you deem it, so long as you are not defrauding or harming another.

Capitalism rewards merit, not wants, or even needs. It rewards production and value. It inspires people to start businesses, to begin careers, to go to college, and to dedicate themselves to a craft. It lifts economies up.

Through its power to accrue wealth, capitalism funds infrastructure, new businesses, community growth, and charitable enterprises. It is no surprise that nations with the strongest capitalist economies give the most to charities. It also funds the arts, libraries, and schools. In fact, it has rightly been said that capitalism funds all other –isms, because without the profit generated from economic activity no other major idea could be developed and spread. 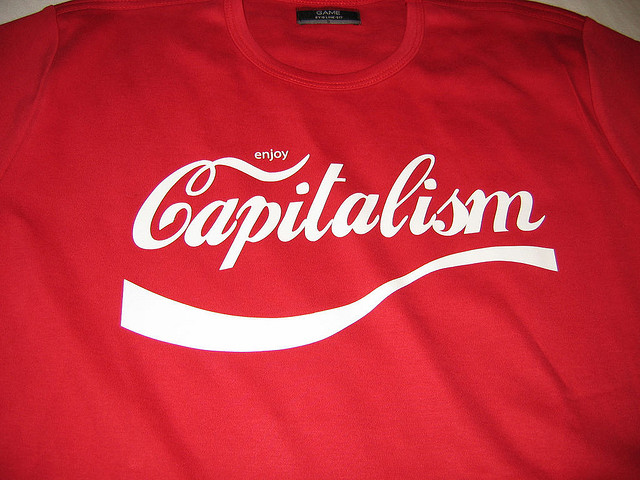 Capitalism lifts people out of poverty. Economic activity has halved world poverty rates in the past 30 years. The UN believes free economic activity will wipeout acute poverty in the next 30.

Charlatans and tyrants deride capitalism as unfair, as they seek to empower a handful of bureaucrats with a power that surpasses any private enterprise: the power to control economic activity, to force consumers to buy specific products, to crush competition, to ensure the success of only the businesses who scratch their backs, and to regulate the pursuit of happiness and essential cap it.

Make no mistake about the path they offer. Hayek called it The Road to Serfdom. It ends in shattered dreams and economic ruin. We may choose between the golden road of economic freedom and this path of death of suffering. There is no middle road.

What we obtain too cheap, we esteem too lightly; it is dearness only that gives everything its value.