Just as reliably as the sun rises and sets, so too with every election are there those who change their positions and defend the new ones tooth and nail over the old ones. No, it’s not the politicians, it’s the people who support them.

Despite the fact that it often seems as though it’s always election season in the United States, most Americans don’t much care for politics. Even those who vote usually tune in only during the final weeks of campaigns, choosing their candidates based on party affiliation, a single issue, or even their hair style. This is normal, especially in light of the fact that many other countries have strict limits on their campaign seasons, which are sometimes shorter than two months.

For others, though, politics is a way of life. Whether it is a local candidate whom they know personally or a presidential one they’ve seen on TV, political activists often fall in love with individual candidates. For many, it is because a candidate champions a pet cause. For others, it could be personality traits, a history of business successes, or a strong military record. These are all great reasons to support candidates, and there are plenty of others. 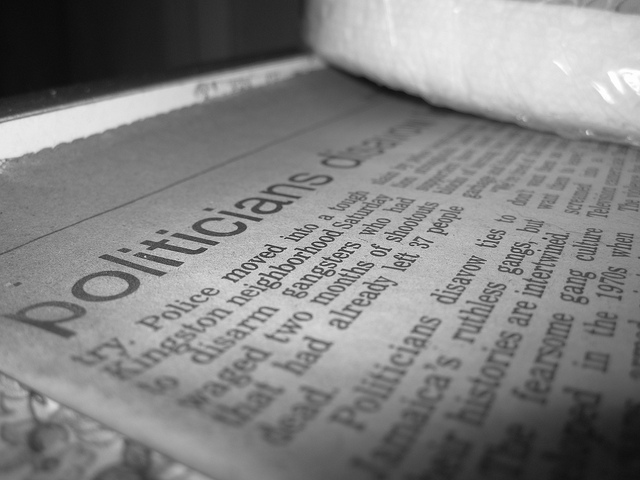 Unfortunately, many of these activists simply go too far. They fail to make the distinction between supporting a candidate and agreeing with him on everything. One Facebook commenter even went so far as to say, “Since [my candidate] is a man of God, it’s it possible that he represents God?” Other variations include, “If [my candidate] said it, it must be true,” “[My candidate] would never lie,” and, “[My candidate] is right on all the issues.”
All of these statements are as dangerous as they are common because they deify human beings. In politics, character, and every other area of life, some candidates are objectively and just about every candidate is subjectively better than others. Like everyone else, they are all flawed, yet many of their supporters fail to realize that simple fact. Some even go so far as to let their favored politician do their thinking for them.

As campaign season progresses – and it is always campaign season somewhere in America – political activists must be sure to think for themselves at all times. No matter the strength of character of a politician, they will inevitably be flawed. They may also, and frequently do, be or become very different people from those their supporters think them to be.

Lord Acton summed it up best when he said, “”Power tends to corrupt, and absolute power corrupts absolutely. Great men are almost always bad men.” Politicians of all stripes are elected to do particular jobs, which, for their supporters, means enacting certain policies. Their supporters must always keep that in mind, viewing them as means to ends rather than ends in themselves. Failure to do so is not just intellectually dishonest but also potentially very dangerous.