The Right to Discriminate 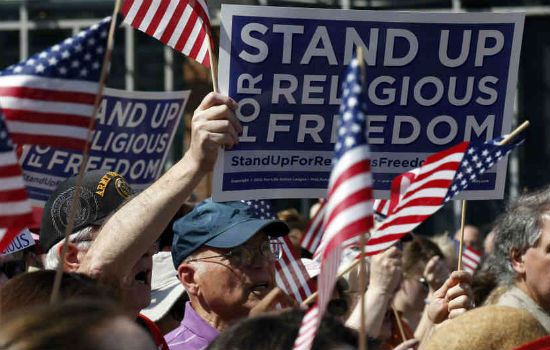 Throughout much of the 20th century and into the 21st, many American movements have been driven by the notion of ‘equality.’  There is, to be sure, some merit in this.  For example, the Fourteenth Amendment’s guarantee of equal protection is not considered to be controversial.  Equality before the law is indeed one of the bulwarks of the American system.

Unfortunately though, so strong and so poorly understood has this push for equality become that it has caused many to lose sight of the most basic function of government.

We hold these truths to be self-evident, that all men are created equal, that they are endowed by their Creator with certain unalienable rights, that among these are life, liberty and the pursuit of happiness. That to secure these rights, governments are instituted among men, deriving their just powers from the consent of the governed.

As pointed out in the Declaration of Independence, government’s purpose– its only legitimate purpose– is to secure rights.  Put another way, government has no legitimate function beyond protecting the rights of the people within its jurisdiction.  Many, however, consider the government a legitimate means of pursuing a social agenda.  In no case is this more apparent than opposition to the Religious Freedom Restoration Act.

Federal and state RFRA laws have come about because of lawsuits that claim discrimination on the part of businesses.  Indeed, many businesses have discriminated against certain customers.  The most notable cases have involved services surrounding gay marriages.  The lawyers in such cases, much like the protestors who caused Indiana Governor Mike Pence to make changes to that state’s religious freedom law, have claimed that their clients have the right to the goods or services of businesses.  This simply is not the case.