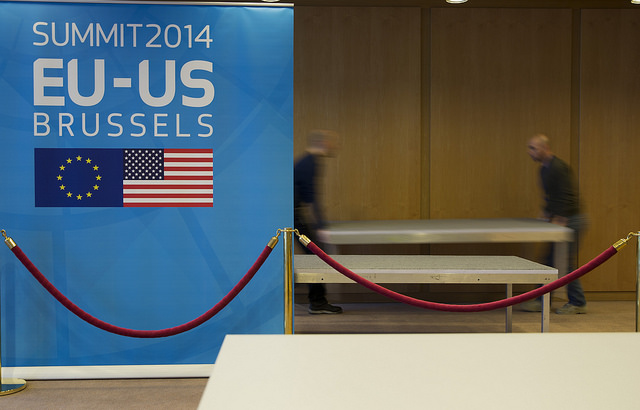 Photo by President of the European Council

1. TTIP Will Increase Trade Between the US and EU

The Transatlantic Trade and Investment Partnership (TTIP) is a highly anticipated free trade agreement between the United States and the European Union. The agreement is still in its initial stages of negotiation with only eight rounds completed to date.

TTIP is intended to increase trade between the US and the EU in order to stimulate economic growth in both blocs. With sluggish growth on both sides of the Atlantic since the financial crisis that started in 2008, TTIP is a good idea. The European Commission calls the agreement “the cheapest stimulus package imaginable.”

Negotiations for the TTIP started in June 2013 and negotiators hope to conclude the deal by the end of this year. The TTIP is a massive undertaking — the combined GDP of the US and EU represent 50% of world GDP.

Money is the material shape of the principle that men who wish to deal with one another must deal by trade and give value for value.