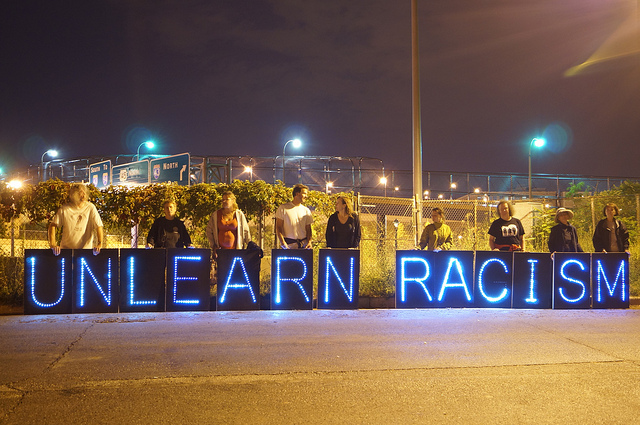 Simply put, white privilege is the belief that by just being white you are given privilege not given to blacks or other minorities, and that blacks suffer from the legacy of slavery and lack of civil rights, even those that were born well after slavery was history and civil rights laws were passed.

Let’s be clear about one thing: I know racism still exists. I don’t deny the reality of ‘driving while black” or a store clerk following around a black person, but not a white person, or people fearing black kids on dark streets late at night. I don’t deny that blacks are arrested in greater numbers than whites. I don’t deny the inequality in black inner city schools compared to majority white schools. All these things are real. But I contend they are not the result of ‘white privilege.’

White privilege, along with the critical race theory and post traumatic slave syndrome, are liberal false theories and ideologies designed to ignore the real reasons for failings in inner city black communities. Liberals and liberal academia cannot face, nor acknowledge, that the true reason for these failings lie in decades of Democrat liberal policies. They can’t acknowledge that government dependency, welfare, food stamps, and a host of other government programs that were supposed to help the black community, actually proved to have the opposite effect. They can’t acknowledge this because they were the architect of these policies.

If you read about Harlem in the 1950′s, one thing strikes you as odd. Make no mistake, there was racial discrimination and unfair treatment, but if you look at Harlem solely within the black community itself, Harlem was a bustling part of New York where black owned businesses thrived, iconic music was born, and 90 percent of black babies were born into intact families. There were problems to be sure, but not nearly the gang-related problems of today in inner cities with unemployment, drugs, single parenting, incarceration, and despair. There also wasn’t government dependency. Government dependency is what has infected the inner city black community, not the legacy of “white privilege.”

In today’s America, white privilege is a myth. Let’s look at the facts. Because of the progressive discrimination known as affirmative action, whites (males especially) are often disadvantaged in the job market. And examples are legion. Talk-show host Michael Savage has often mentioned that after he earned his Ph.D., he had trouble finding a job in his chosen field and was told in so many words that “white men need not apply.” Numerous white students were told that their test scores were too low to qualify for the specialty high schools while the black and other minority students gained admission with the exact same or even lower scores. Or read this essay by Professor Louis Pojman, who cites the case of a brilliant Ph.D. philosopher who was denied a tenure-track position because the university in question had to hire a “woman or a Black.” Then there is the Dayton, Ohio police department, which recently discarded its recruit exam and the scores of 748 people who passed it because not doing so would have resulted in too many whites being hired.

CONTINUED ON NEXT PAGE

Don’t knock the rich. When did a poor person ever give you a job?