Should College Athletes Be Paid?

Every March the nation is transfixed by the specter or young athletes competing for their schools and states in the NCAA college basketball tournament. Students travel the country competing in games that generate more ratings than some professional events. March Madness sweeps the country, advertisement is geared towards it, and big companies vie for the chance to sponsor games or to have their products used by teams. The spectacle is only slightly less fanatic for college football, which has hugely profitable bowl games every year.

There is a lot of money being made in the college sporting world. But none of it goes to the players. In fact, players can be suspended or lose their scholarships if they so much as accept a free meal from a local fan.

My alma mater, the University of Connecticut is known for having a good basketball team. They’ve won numerous national championships. The team rakes in profits. Where I come from, everyone has some UCONN merchandize or memorabilia. That’s why everyone was surprised when UCONN basketball star Shabazz Napier told the press last year that there are “hungry nights where I’m not able to eat, but I still gotta play up to my capabilities.”

Napier’s statements shocked many who saw the sharp contrast between a game that had 80,000 people paying over $500 a ticket and the athlete who brought them there who could not afford to eat.

And it isn’t just ticket and merchandizing sales. The NCAA was using players’ likenesses in video games and not compensating them for it. That is currently being contested in court. 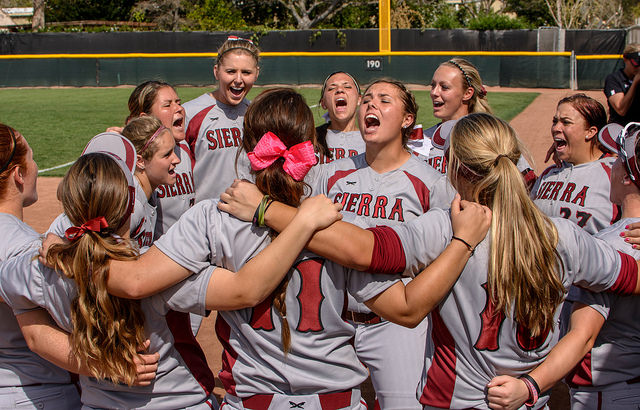 Proponents of the rules say that students are at college to learn, and paying them would detract from that. But graduation rates among players is pathetic, and many who do graduate major in fields that offer them no foot-up in the real world. Sports takes up the majority of their time and effort, to the universities’ delight, as they rake in profits.

Coaches are often paid million dollar salaries. At UCONN, the basketball coach was the highest paid member of the faculty. The logic being that the basketball program brings in more money than a man with a PhD in history does. But if this logic is fair, it would only make sense to also compensate the players.

No one is suggesting college players be paid six figure salaries. But to not allow them any rewards, to require them to work for nothing while others make substantial profits from that work seems more than unfair. It would seem just to allow players to make a salary, as any student employee does. If you can pay the bookstore attendant, you can pay the athletes.

Some will argue that their education is payment enough. Again, most are too busy training, traveling, and competing to really get a substantial education. Many programs have had scrutiny for the way in which their schools treat their athletes: giving them special treatment and leniency, or designing special easy classes so athletes can pad their GPAs. Not only are these athletes being exploited for profit, they are being robbed of the educational experience their classmates are getting.

Perhaps some will go pro. Less than 1%, perhaps, but some will. For the other 99% who either fail to graduate or graduate without any real skills, the memories of going hungry on the road to the next game will be painful reminders of the time they squandered and what little they have to show for it. Many will carry injuries with them the rest of their lives. It is only fair to give them some of the profit which they helped to earn.

Property must be secured or liberty cannot exist.