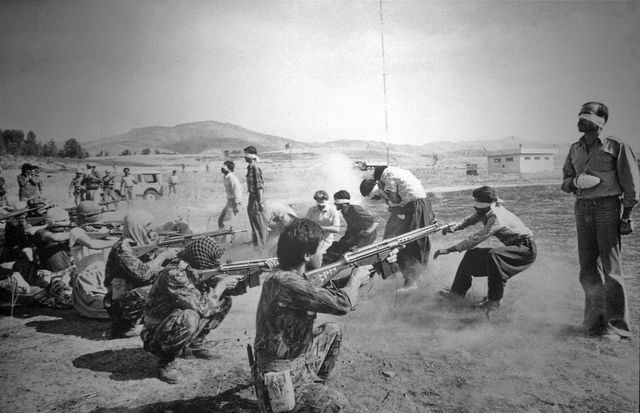 Since the Islamic Revolution in Iran in 1979, the government of Iran has been accused by members of the international community of funding, providing equipment, weapons, training, and giving sanctuary to terrorists
After the fall of the Shah, the Islamic Republic of Iran established the Iranian Revolutionary Guard Corps to promote the government’s social and moral policy at home. The organization is accused of spreading its ideology in neighboring regions by training and funding terrorist organizations. By 1986, the group had 350,000 members and had acquired a small naval and air force. By 1996, the ground forces numbered 100,000 and the naval forces numbered 20,000. They are believed to use the proxy Al Quds Force to train the Islamic militants. Currently Al Quds conducts training units in Iran and Sudan.
In August 2012, Ayatollah Ali Khamenei instructed the Revolutionary Guards and Quds Force to increase their terror attacks due to what the Iranian government perceived as their interests being threatened by United Nations sanctions and the West’s support of Syrian opposition.