One thing we learn time and time again throughout our public education is that without government monopolies would spawn and gobble up all the capital. We are taught of an age of “robber barons” whose monopolistic greed spurred a new need for government mitigation into the economy. But is that factual?

A closer look at the history of business in America would reveal that monopolies only really exist under three circumstances: The most common way a monopoly comes about is actually through government intervention or collusion. This occurs when government regulation either unintentionally or purposely alters market conditions so that only the biggest will be able to survive. Look at the government protected union-run American automakers who became “too big to fail,” because labor and manufacturing laws prevent any real domestic competition with the infamous big three.

The second way a monopoly can occur is through market choice. Though this is very rare, sometimes the market will resoundingly pick a winner due to superior quality, efficiency, or trust. While competition to these monopolies do exist, the market tends to prefer the known brand. A major example would be the National Football League. While other football leagues have come and gone, the market prefers to have one dominant league. A smaller example would be Hellman’s Mayonnaise, it is simply considered the best on the shelf by the majority of mayonnaise shoppers. 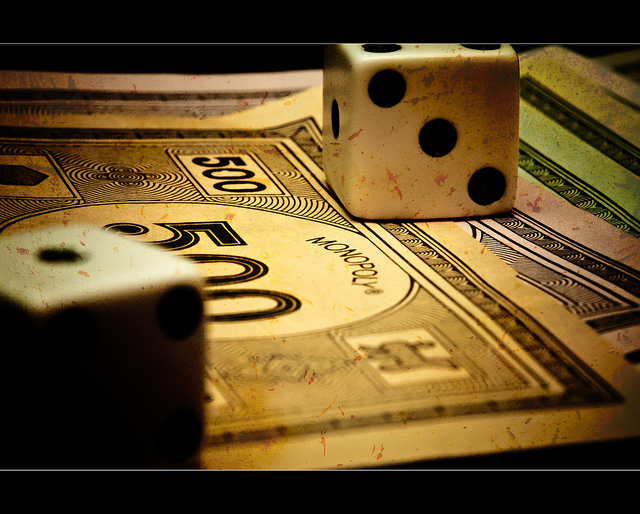 The third type of monopoly comes from the creation of innovators. Every once in a while someone or some company will create something that is so amazingly revolutionary, that it takes a considerable time for any competitors to catch up. This is the type of monopoly we see among the so-called “robber barons” of America’s Industrial Era. Men like Rockefeller and Carnegie, who were able to amass their monopolies because they were trailblazers and titans of industry.

The fabled malicious monopoly that is all powerful and immune to competition is as mythical as tales of unicorns. If a company were to create a monopoly without government intervention, as soon as it began to charge too much, deliver less quality, or violate the wishes of its customers, competition would arise.

For every Bill Gates, there is a Steve Jobs. For every Henry Ford, there is a Louis Chevrolet. Such is the nature of a free market system driven by competition. Propagandists distort the record when they claim that competition only exists because of government. If anything, it is government which stifles and kills competition.

For a monopoly to exist it must have great public value and favor or be protected by government. The first type offers no real threat except valued goods or services, whereas the second may act as it wishes irrespective of the people’s desires. It is government, the wolf we ask to guard our chickens, which is truly the cause of exploitive and harmful monopolies, not the free market it so often blames.

If you put the federal government in charge of the Sahara Desert, in 5 years there’d be a shortage of sand.