The Importance of Mentors

Those serious about becoming successful frequently talk about things like developing new skills, acquiring new knowledge, developing new habits, finding and creating new opportunities, and more. All of those things are, to be sure, important. However, one key to success that those who have achieved it talk about far more frequently than those seeking to achieve it is having the right mentor or mentors.

How a person defines success is entirely up to them, and one person can have different definitions of success in several areas of their lives. In all cases, though, those striving for success, however they define it in a particular area, are seeking to do something that they have not done before. Even if they have previously reached a particular goal, such as $1 million income, and then encountered difficulties that caused that to drop or disappear, getting back to that level of success is not the same as attaining it the first time. Even if little has changed externally to impact how the striver goes about reaching their goal, new and different challenges have presented themselves in their minds.

The single most important thing about a mentor is that they themselves have had success in attempting to reach an identical, or at least very similar, goal. Researchers have found that people tend toward becoming a combination of the five people with whom they spend the most time. Unless a person is already working toward a particular goal and spending time with one or more mentors, it is highly unlikely that they will be able to attain their desired goal simply because they are not associating with those who know how to attain it. Having a mentor who has gotten to a certain level of success gives people the opportunity to extend themselves beyond their comfort zones in several ways.

Arguably the most important forms of guidance that a mentor can offer has nothing to do with skills. Instead, it has to do with developing the proper mindset. As Zig Ziglar used to say, “You are what you are and you are where you are because of what has gone into your mind. You change what you are and you change where you are by changing what goes into your mind.” A person would not have achieved their level of success without developing the proper mindset, and a person who has not become successful, or at least not made significant progress on the road to success, has not yet developed the proper mindset. It’s not possible for a person to develop the proper mindset simply by listening to those who have the same mindset as they do, which are usually those closest to them. 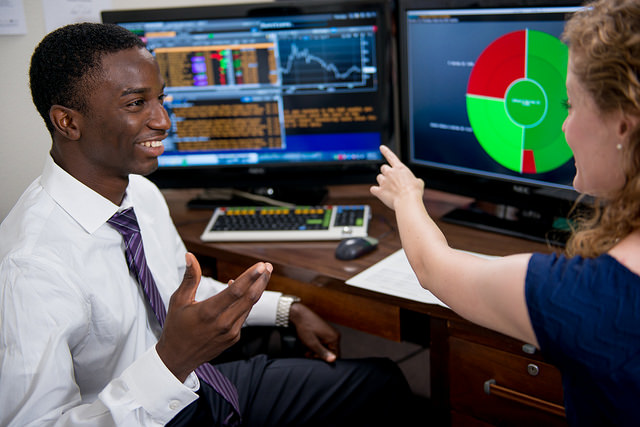 Having a mentor also makes it possible for a person to understand how to go about achieving big goals. Unfortunately, most people never get started on their goals because they just seem too big. For example, if a person decided that they wanted to build a business, they might think about getting the proper legal protection, hiring the right people, choosing the right office or factory, getting all of the permits and certifications, etc. For someone who has never done it before, figuring out how to start and how to proceed along the way is all but impossible. The right mentor can guide a person through each step of the process and break it down into manageable chunks, enabling the individual to take meaningful action and make measurable progress.

One often overlooked aspect of mentors is that they make important goals seem achievable. This is especially true for mentors who started in difficult places that are similar to or more difficult than the situations in which their mentees start. Watching successful people only after they have become successful makes big achievements seem far away, often so far away that they are entirely unachievable for the overwhelming majority of people. Mentors who explain their journeys, warts and all, provide hope to those who are still on their journeys to success, including those who are just beginning.

Finally, mentors want their mentees to succeed and they believe in their abilities to do so. It can make a huge difference for someone who is filled with self-doubt to have a successful person not only showing them how to do something but also having complete confidence in their ability to do it. Just as importantly, they are cheering along those aspiring to greatness. Good mentors genuinely want to see their mentees succeed regardless of whether they have any financial stake in their success. The relationship is a means of paying it forward, and they typically hope that those who benefit from their guidance will continue to pass the torch.

Mentors aren’t everything. Success still takes time and effort. That said, achieving success in any form without a mentor is infinitely more difficult than having one or more people who have been where a person wants to go providing directions and support.

“Value” has no meaning other than in relationship to living beings. The value of a thing is always relative to a particular person, is completely personal and different in quantity for each living human-“market value” is a fiction, merely a rough guess at the average of personal values, all of which must be quantitatively different or trade would be impossible.