It doesn’t look like much: a few knobs on top of a crudely made wooden box. But what’s inside is holds a gateway to another world. It’s a black market Korean radio, capable of receiving forbidden transmissions from the outside world. Their use is becoming more and more prevalent inside North Korea, where the public’s access to outside information, culture, and entertainment are severely limited.

While finding the exact frequency is a challenge, as there are no visual tuner aids, a North Korean may be able to find programs such as Voice Of America, Radio Free Asia, North Korea Reform Radio, and other pro-democracy, pro-western programs. Listening to such broadcasts is deemed a crime against the state and may be punishable by death. A North Korean defector told reporters that the ideological brainwashing is so strong, that many who heard the radio programs believed they were lies aimed at weakening the North Korean regime. 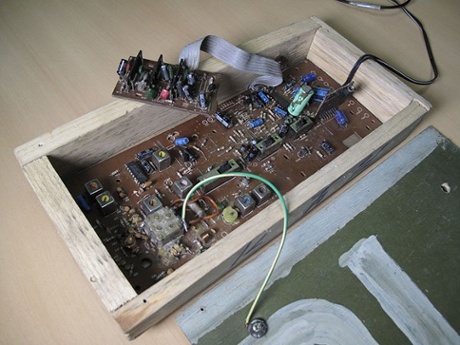 Radio isn’t the only form of technological contraband in North Korea. USB drives containing South Korean television dramas are also very popular. The dichotomy couldn’t be starker: South Korea has a strong economy, popular culture that has a distinct Western flare, including entertainment icons like Psy, who’s world famous song “Gangnam Style,” celebrating the culture and style of one of South Korea’s commercial centers. It is inevitable that South Korea’s culture would spill over its totalitarian neighbor’s border.

As technology advances government is able to utilize it in new ways to circumvent freedom and to assure control. However, the other edge of the sword gives citizens new ways to circumvent government controls. It’s a constant evolution, but one that governments seem helpless to control. As technology becomes more prevalent, ways around government imposed controls becomes easier. Censoring or suppressing speech used to be easy. Now regimes are learning that no matter how they try, the modern Western world is finding its way in.

The US government recently disclosed details regarding an operation in Cuba to increase those people’s ability to communicate and access to free information on the enslaved island. The program dispatched young Latin Americans, using the cover of health and civic programs to establish networks to support political change. An application called ZunZuneo, which functioned as a Twitter-like app for Cubans, allowed networks of Cubans who want political reform to be able to communicate unbeknownst the the Cuban government.

The program was funded through USAID, similarly to free radio and civic society projects funded in and around Ukraine which help lead to the ousting of their Russian-backed president, Viktor Yanukovych. The US has realized that granting foreign populations access to free information may be more valuable to foreign policy than conventional intelligence operations or military positioning. Technology is reshaping geopolitics, much to the chagrin of dictators like Raul Castro, and Kim Jung Un.