Established firms in an industry often seek regulation in order to discourage new competitors from entering the market. This usually involves collusion between several existing competitors. These companies seek to improve their margins by limiting the amount of innovation and investment required to maintain their market positions.

Typically these companies will lobby the government to create licensing procedures for their industry. For example, the state of Florida licenses ballroom dance studio operators, hair braiders, and interior designers. These occupations are unlicensed in most states, which means that anyone can teach ballroom dancing if they can find a customer willing to pay them. In Florida, however, the operators of existing ballroom dance studios have created a barrier to market entry which allows them to run their businesses without fear of competition or innovation. The interior decoration license in Florida requires six years of training. This must certainly discourage all but the most desperate competitors from entering the market. 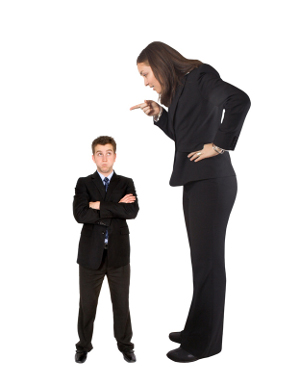 Large companies can benefit from regulation because they are better able to absorb the costs of compliance than their smaller competitors. Imagine two companies, one with two employees and one with twenty employees. Government regulation of these companies is the same, but the effects are different. Both companies must spend 20 hours a week filling our permits and filing reports, as required by law. For the company with twenty employees, this represents 2.5% of their total labor cost. For the company with two employees, this represents 25% of their total labor costs.

Large companies will often lobby in favor of government regulation as a predatory measure to destroy smaller competitors. This is cheaper and easier than beating their competitors in the marketplace through innovation and customer service.

Many companies are in the business of helping other companies comply with complex government regulations. These companies often lobby for additional regulation in order to increase their customer base. Several companies which sell tax compliance software have lobbied in favor of requiring sales taxes on products purchased over the Internet. The imposition of this new tax would create a compliance nightmare for hundreds of thousands of small businesses, which would then be dependent upon the service providers for help. This is similar to safety equipment manufacturers lobbying for the mandatory use of safety equipment or computer security vendors lobbying the government to set standards for corporate data protection.

It would be far better for consumers if businesses were forced to compete on their own merits, instead of being granted unfair competitive advantages by government fiat.

The blame for [the national debt] lies with the Congress and the President, with Democrats and Republicans alike, most all of whom have been unwilling to make the hard choices or to explain to the American people that there is no such thing as a free lunch.