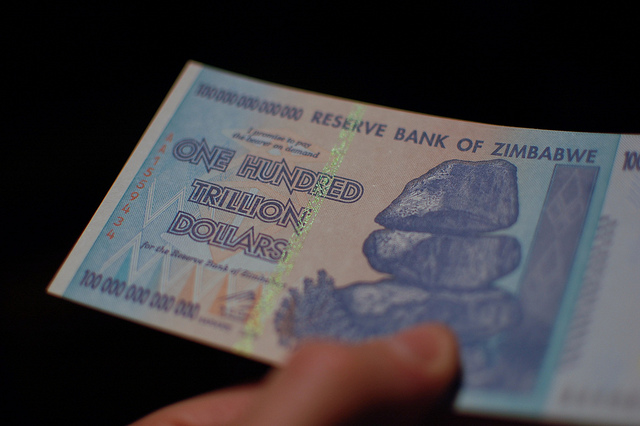 Hyperinflation in Zimbabwe was a period of currency instability that began in the late 1990s, shortly after the confiscation of private farms from white landowners, towards the end of Zimbabwean involvement in the Second Congo War. During the height of inflation from 2008 to 2009, it was difficult to measure Zimbabwe’s hyperinflation because the government of Zimbabwe stopped filing official inflation statistics. However, Zimbabwe’s peak month of inflation is estimated at 79.6 billion percent in mid-November, 2008.

This hyperinflation caused a near total collapse of the Zimbabwean economy, and a return to the barter trade. In 2009, Zimbabwe stopped printing its currency, with currencies from other countries being used. By the end of September, 2015, Zimbabwe plans to have completed the switch to the US dollar.