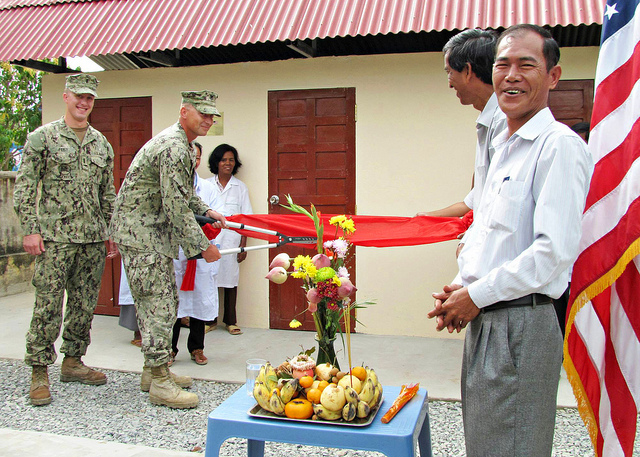 1. Expand humanitarian missions around the world

One frequently cited example of how the U.S. can turn around its image in a difficult environment is humanitarian missions abroad. Indonesia, where U.S. humanitarian assistance following the horrific December, 2004, tsunami, helped improve America’s image in the world’s largest Muslim country. Prior to the tsunami, favorable attitudes toward the U.S. had plummeted in reaction to the Iraq war, however after the tragedy and the influx of American aid favorable views of the U.S. more than doubled, jumping from 15% to 38%. More recently, we have seen a similar, although more limited, pattern in Pakistan, where American aid following the October, 2005, earthquake helped drive favorable opinions of the U.S. up slightly, from 23% in 2005 to 27% in 2006, in Haiti in 2010, and in the parts of West Africa ravaged by Ebola in 2014.

A democracy cannot exist as a permanent form of government. It can only exist until the voters discover that they can vote themselves largess of the public treasury. From that time on the majority always votes for the candidates promising the most benefits from the public treasury, with the results that a democracy always collapses over loose fiscal policy, always followed by a dictatorship.