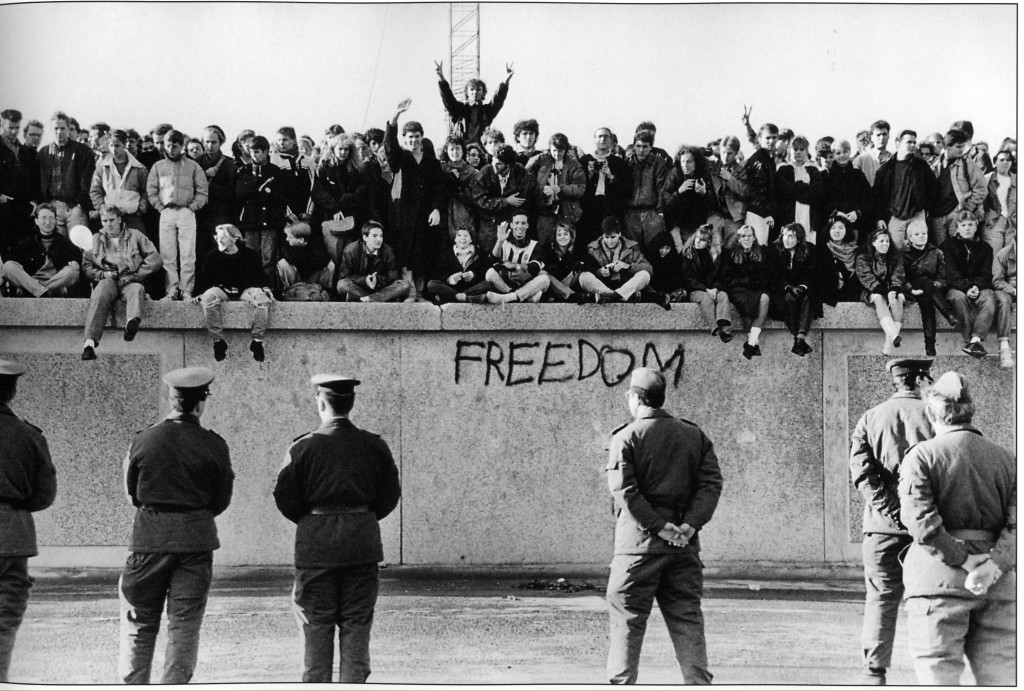 Germany’s ill-fated alliance of Right wing nationalists and Left wing socialists led to the rise of National Socialist German Workers Party, which was commonly known as the Nazi Party. Whether Hitler was a Marxist or not is irrelevant as the party was formed through an alliance with Marxists. However, after the split with Russia, Communism was squarely denounced as an enemy of the Third Reich. World War II left Germany in ruin and 6 million Jews dead as the Nazis pursued their dreams of  conquest and racial purity. As World War II ended, Germany became ground zero for what would become a 45 year Cold War standoff between the West and Soviet Russia. Soviet forces seized East Berlin, while the Allied powers protected the Western part of the city. For nearly 50 years the Berlin Wall would represent a divide between free peoples the world over and those enslaved behind what Winston Churchill called an “Iron Curtain.” Socialism prevented those under Soviet rule from enjoying the massive technological developments of the decades proceeding World War II. Citizens were kept from outside information, Western goods were outlawed. Things like blue jeans became a hot black market commodity inside the USSR. In Germany, where a wall divided friends and families alike, many were regularly killed trying to escape into West Berlin. Soviet rule perpetrated humanitarian crimes on its captives for nearly 50 years, until its collapse in 1991 liberated millions of people, allowing them to join modern society.