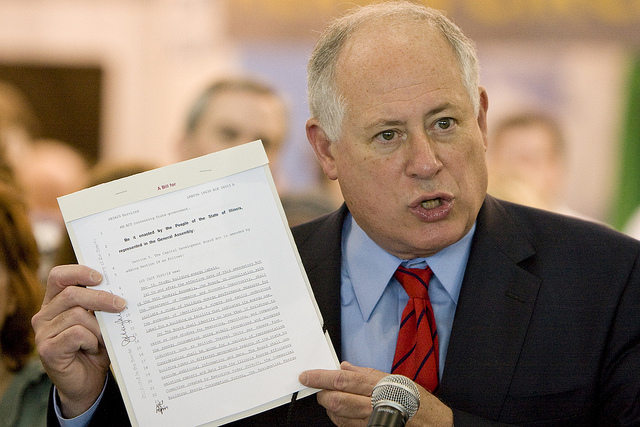 In Illinois, liquor law stifles competition among distributors. Their licensing system was set up in 1934, with three tiers: Producers, retail outlets, and distributors. All producers (except for a few craft brewers) must sell through the distributors, which act as exclusive middle-men. As of today, there are only four licensed distributors in the state. To make matter worse, in May of 2013 Governor Pat Quinn signed House Bill 2606, prohibiting out-of-state brewers, distilleries, and other alcohol manufacturers from owning any part of an alcohol distributor in Illinois. This is part of a troubling trend (making the point of this article) of law reinforcing anti-competitive privileges that a handful of businesses enjoy at everyone else’s expense. Even the Federal Trade Commission has criticized the system, which increases cost, reduces variety, and even inhibits market growth by provoking some brewers to leave the state!