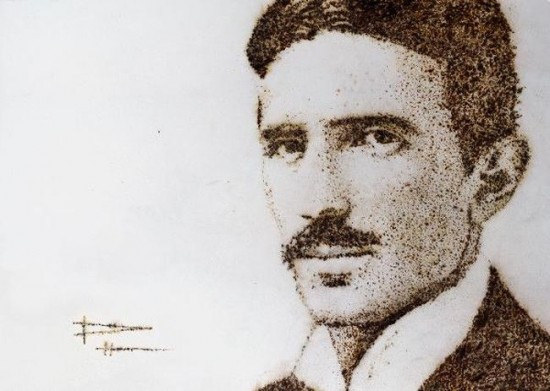 “All that was great in the past was ridiculed, condemned, combated, suppressed — only to emerge all the more powerfully, all the more triumphantly from the struggle.”

Nikola Tesla was a Serbian-American inventor and engineer who had such a knack for showmanship and so many far out ideas, he became the basis for the popular modern archetype of the mad scientist. While Tesla is popular in modern culture for his attempts to harness and transport energy wirelessly, a feat he never accomplished, he is credited for being the first man to envision wireless communication. Tesla’s greatest contribution is alternating current. His patented AC motor transformer was licensed by George Westinghouse. Superior and safer than direct current, Tesla was instrumental in the “Current Wars,” which led to AC power becoming the industry standard.