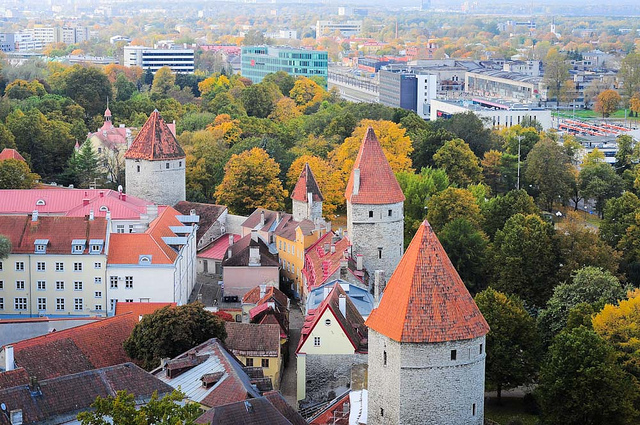 Tallinn, Estonia’s capital on the Baltic Sea, is the country’s cultural hub. It retains its walled, cobblestoned Old Town, home to cafes and shops, as well as Kiek in de Kök, a 15th-century defensive tower. Its Estonian History Museum is dedicated to the country’s 20th-century history, and its Gothic, towering Town Hall is among the Baltic region’s oldest. The city’s historical and medieval heart is located on the hill of Toompea. This well preserved area is filled with medieval houses and alleyways and the Old Town is still protected by the remnants of the city wall. Tallinn has the best preserved medieval European architecture and an authentic Hanseatic feel. Medieval, baroque, Soviet, and modern architecture coexist in this fascinating city side by side.