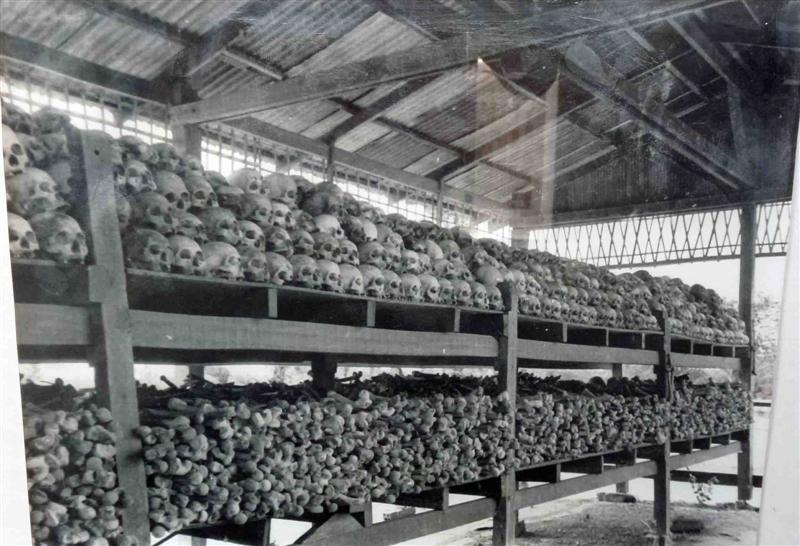 The Khmer Rouge is infamous for carrying out one of the most vicious genocides of modern history. They did so in the pursuit of a socialist utopia. The bombing of Cambodia as part of the Vietnam War effort by the United States helped contribute to the destabilization of the Cambodian government, which would eventually fall to the Khmer Rouge under Pol Pot. Seeking to establish an agrarian socialist society of working class Cambodians, the new regime quickly set upon purging the population. Those with money, foreigners, and those with too much education like doctors and teachers were executed in Pot’s killing fields. The Khmer Rouge had declared it to be Year Zero, society needed to start over, in the fields, and all knowledge of the outside world needed to be purged as well. Even people wearing glasses were killed, as they were seen as intellectuals. Nearly one third of their population was culled in the Cambodian genocide, around 300,000 individuals.