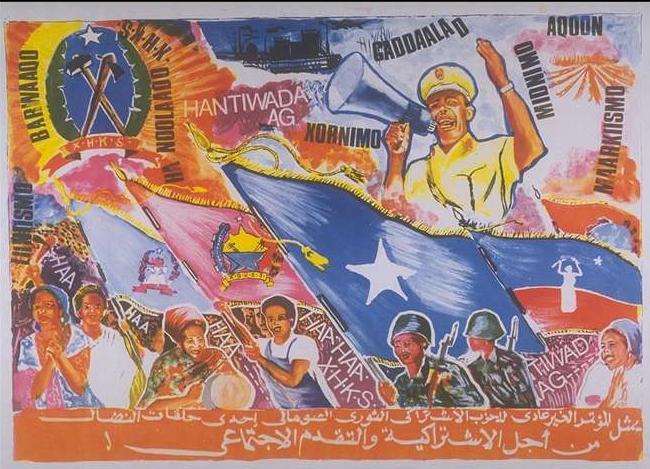 In 1969 the assassination of Somali President Abdi Rashid Ali Shermarke set up a military coup. The new government under Major General Mohamed Siad Barre aligned itself with the Soviet Union. In 1976 the regime created the Somali Revolutionary Socialist Party under guidance from the USSR. Soon after they backed a group of Ethiopian revolutionaries, which led to war with Ethiopia. The war was over quickly, Somalia was defeated, and much of its army was destroyed. Having backed a rebellion against an Soviet ally in Ethiopia, Barre was isolated. Struggling with poverty, Barre signed a deal with the International Monetary Fund for aid in the 1980’s which required the privatization of some industries and the end of government monopolies on others. However, as the Cold War drew to an end, the importance of Somalia was diminished to major world players. Barre became increasingly more despotic as the nation grew more isolated. In 1991 civil war broke out leading to Barre’s exile. Under Soviet rule, Somalia became one of the poorest places on the planet, with malnutrition and starvation plaguing the country. To this day it has been unable to recover.

We cannot expect existing businesses to promote legislation that would harm them. It is up to the rest of us to promote the public interest by fostering competition across the board and to recognize that being pro-free enterprise may sometimes require that we be anti-existing business.